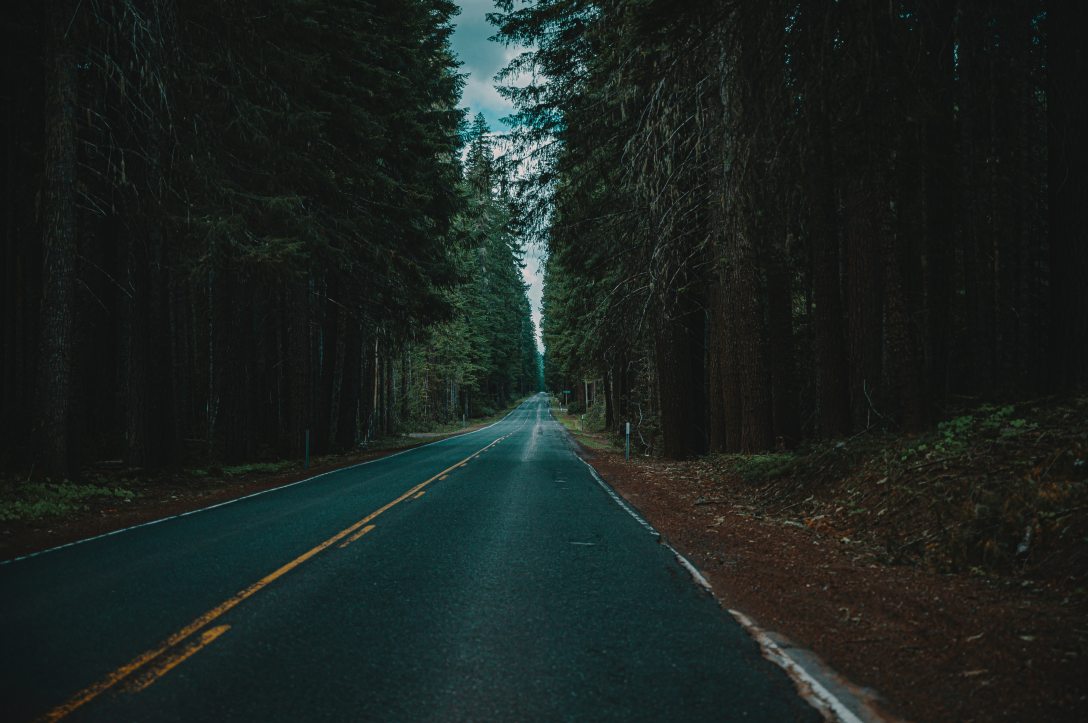 “Do you need help?” The man in the car asked. His voice cut through the night, raised above the downpour, the steady drone of raindrops spattering against the road, the trees, the roof of his car. The girl raised her head, startled. She had been walking slowly, head bent, red hair vivid in the approaching glow of the man’s headlights. Her eyes flashed surprise at the man’s question, but not fear. Then she smiled, and the man in the car could have sworn the rain lessened for a few seconds.

“You sure? I can give you a ride somewhere, if you need. It’s no trouble at all.”

“Thanks, but really, I’m okay. I know where I’m going.” The man wasn’t convinced, but when the girl smiled again, he knew he wouldn’t persuade her.

“You stay safe out here, yeah?” He said.

The man drove on, watching the rearview mirror as the red glow of his taillights washed over the girl’s face, melting together with her hair, before she faded with the distance between them. Miles down the road, he still couldn’t get her smile out of his head.

The man was sitting alone in a roadside diner, his breakfast untouched before him. He held a newspaper, staring at the front-page headline, the words swimming before his eyes, in and out of focus. A fog hovered between him and the paper. His hands began to tremble, and he dropped them slowly to the table. Around him, the other patrons noticed nothing, lost in their own thoughts and conversations. In front of him, her smile was there again, staring up at him from the page, searing its way into the deepest reaches of his memory.

Why did I leave her there?

He dropped a handful of bills on the table And rushed out into the gray morning. Twenty minutes later the man was sitting across a desk from a stone-faced sheriff’s deputy, recounting his story—trying to offer what little help he could. The officer jotted a few notes on a pad of paper, a mere handful of words that the man couldn’t read from his seat. When the story was finished, the deputy glanced over what he’d written, then spoke without looking up.

“You’re sure the girl you saw is the one in the paper?”

“Yes. The picture—I knew instantly it was her. I’m sure.”

“And when did you see her on the road?”

“I appreciate you coming in sir, but it’s just not possible.”

“When we found the girl’s body out in the woods, it was already badly decayed. She’d been there for days, maybe weeks. You must have seen someone else.”

The man stood and shook the officer’s hand—movements that felt alien, out of his control. He walked out of the station back into the cold, gray world, his mind swimming in confusion and doubt. Her smile…there was no way he could have seen someone else that night. The police must have made a mistake…

The encounter replayed in his head, over and over, always the same. Her shape looming out of the storm, lit up by his approaching headlights. Her smile when he asked if she was alright. The rain beating down unceasing on the world—the roof of his car, the road, the trees surrounding them…

The force of realization struck him like a punch to the stomach. He felt something hard in front of him and realized he had reached his car. He leaned against it, legs suddenly weak, trying to ignore the images flashing through his head. That beautiful smile lit up in the night, eyes reflecting a soft sadness, and the rain that threw itself upon the world, soaking all except for her.

Her hair was dry.

Photo by Brett Sayles from Pexels