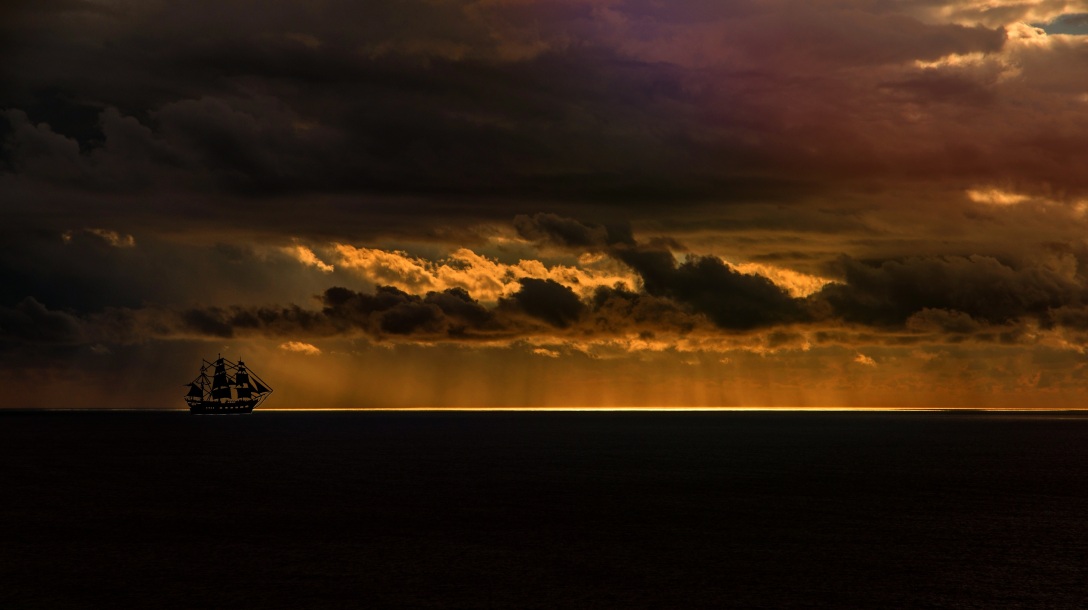 This house is warm with the scent of fire
Voices talk of yesterday in matchstick glow
And breathe out a thousand songs of tomorrow
In memory their eyes are way out to the horizon
Walking in silence as their lips recite forgotten poems
Beneath them green hillsides roll away to the sea
Down to the harbor where a ship is waiting
Sails ready to grab hold of a northern wind
And disappear beyond the edge of the world
Here burns a fire they’ve not yet forgotten
Robed in luxury they lie and reminisce
Of a world over the horizon, already fading
And so readies a new expedition
Longing for the sea and air without smoke
The sound of their destiny crashing all around
That place where a ship is waiting in the harbor

Sometime I wish I could go back in time to before human civilization, to see the earth as it was in its most pristine. Then again, I’d probably either be killed by a wild animal immediately or, being human, leave some kind of unnatural mark behind me and ruin the whole point of the thing. Or maybe I would never want to come back. Would you go?

Image by cocoparisienne from Pixabay

15 thoughts on “A Thousand Songs”